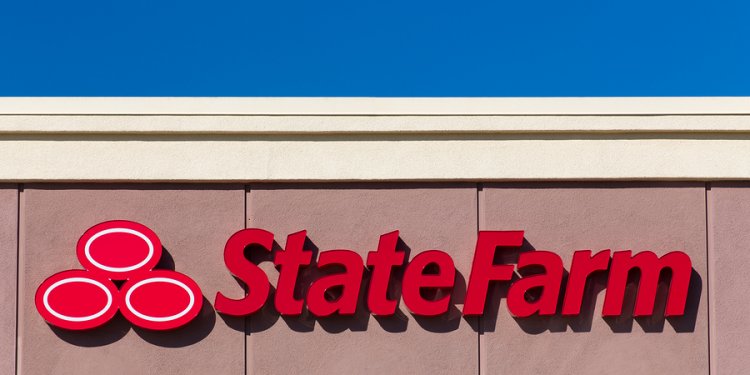 It apparently was the first such refund approved since California’s landmark Proposition 103 rolled back a wide swath of insurance rates nearly three decades ago, marking a significant win for consumer groups.

Now, State Farm is fighting back and challenging the commissioner’s authority to order the refund.

The insurer has filed a lawsuit in San Diego County Superior Court to throw out the Nov. 7 decision by the commissioner that mandated the rebates, as well as reductions in future homeowner and renter insurance rates. State Farm argues the mandated reductions were based on inaccurate calculations.

“We do not believe the commissioner’s decision is lawful, and are therefore taking the necessary legal steps to challenge the rate reduction, [and] rate refund, ” State Farm spokesman Sevag Sarkissian said in an email.

The Bloomington, Ill., insurer is scheduled to appear in court Thursday to ask for a temporary restraining order that would block the decision from taking effect while the case is litigated.

The ruling is scheduled to take effect Tuesday and would apply to some 1.7 million State Farm customers who had homeowners, condominium and renters insurance since July 2015, according to Consumer Watchdog, the Santa Monica advocacy group that filed an initial challenge to State Farm’s proposed rate increases.

Consumer groups say that if State Farm’s lawsuit is successful it would undermine Proposition 103, the 1988 voter-approved initiative that requires insurers to receive approval from the commissioner before setting rates on property and casualty insurance. Consumers and advocacy groups also were given the right to challenge those rates.

“State Farm is not only trying to evade accountability for overcharging its customers, it’s trying to get the courts to rewrite the rules that have protected Californians against unfair auto, home, and business insurance rates and premiums for nearly 30 years, ” said Harvey Rosenfield, the author of Proposition 103 and founder of Consumer Watchdog.

Proposition 103 gives the state’s elected insurance commissioner the power to set insurance rates so they are not “excessive, inadequate or unfairly discriminatory." Property and casualty insurance is a broad category that also includes earthquake, umbrella policies and other types of insurance, such as professional liability.

The initiative required insurers to roll back their rates to certain percentages below 1987 rates, which prompted about $1.2 billion in refunds. Rosenfield said Jones’ Nov. 7 decision would result in the first refunds since the initial rollback of rates.

Nancy Kincaid, a spokeswoman for the insurance commissioner, said this was the first time Jones has ordered refunds since becoming commissioner in 2011 but could not confirm whether previous commissioners had done so.

The dispute stems from a move last year by Consumer Watchdog and fellow advocacy group the Consumer Federation of California to challenge a proposed rate increase by State Farm, saying the insurer had not justified the hike and was already charging too much.

State Farm had said its proposed 6.9% increase was needed to cover the additional risk of wildfires, arguing that losses from fires were on the rise. After the advocacy groups’ challenge, an administrative law judge agreed earlier this year that State Farm's data showed no increase in wildfire losses.

In November, Jones signed off on the judge’s recommendation that the requested increase was not valid, that State Farm’s previously approved rate wasn’t justified and that customers should be refunded money for being overcharged on premiums.

In November, Jones said the mandated reductions would result in refunds of more than $100 million and save California consumers $78.6 million annually.

In its lawsuit, filed late last month, State Farm argued the commissioner only has pre-approval authority and does not have the right to backdate rate changes and issue refunds beyond Proposition 103’s initial rollback.